Last week I did something very insensitive and presumptuous: I asked successful artists to tell me about the meanest things someone had ever said about their art.

This wasn't just sick curiosity on my part. I was hoping to extract pearls of wisdom that I could share with you, my blog readers. I wanted examples that showed how even talented, successful artists have had their critics, trolls and doubters.

All the artists I contacted, without exception, told me that they had been blessed with encouraging, supportive friends and relatives. About half of the artists told me that they couldn't remember any particularly discouraging encounters. However, other artists were able to share some funny, cringe-worthy, or heartbreaking moments. A theme running throughout all these stories was that these artists chose to use those discouraging words as fuel for their motivational fires.

So if you've ever been told you'd never make it as an artist, or if someone left you a mean comment online...read on, and know that you are in very good company. 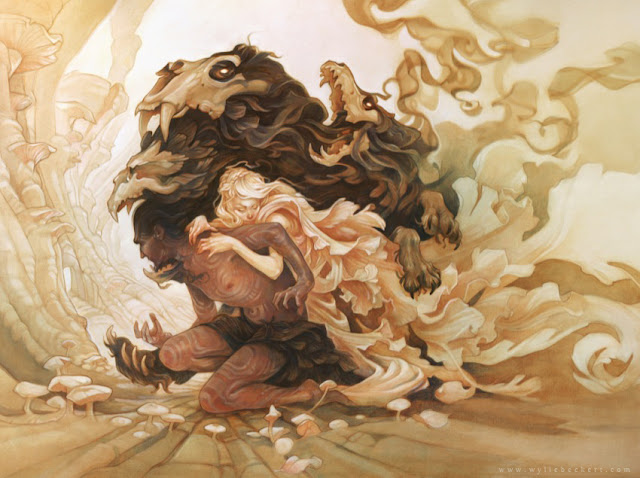 "The one negative incident that stands out was, weirdly enough, a dentist that I went to while I was in college. In the course of normal dentist-patient banter, he asked me what I was studying; when I said 'Art', he asked what I planned to do with that degree, and I told him I was interested in advertising work. In the most self-assuredly scornful tone anyone has ever used on me, he said 'I believe you'd need a MARKETING degree for that.' I clarified that what I was actually looking to do was the illustration work USED in advertising. After a brief silence, he added (as the cherry on the conversational sundae) 'I hope you marry well.'"

Wylie Beckert is an illustrator and fine artist with a love of all things fantasy. Wylie's work has been seen on the covers of ImagineFX and the recent book "Hunters of Chaos." Clients include Simon & Schuster and Annick Press, among others. At the 2015 Spectrum show she won the prestigious Rising Star Award. 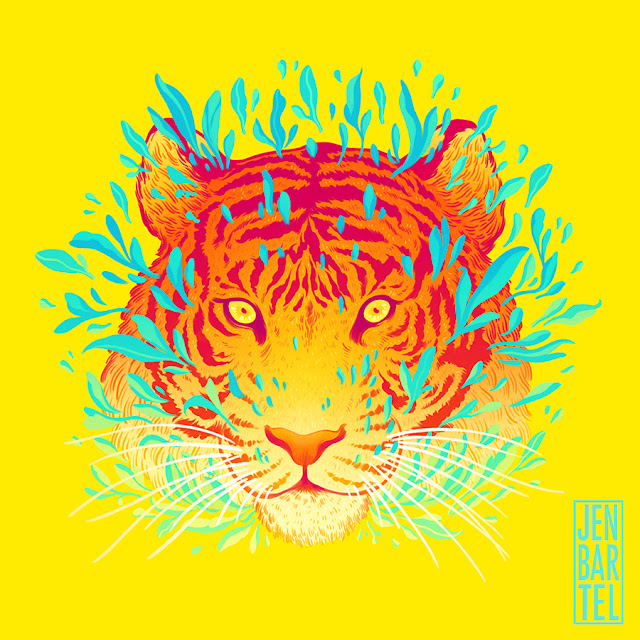 "The experience that stays with me even now was with a college professor. (He said), 'You're not only wasting your time here, you're wasting your money. You won't be able to get work once you graduate, you really should consider another career path. I don't want to see you flipping burgers after getting a $200k art school education. If I were you I'd drop out now.'  I'm still not sure if he was actually trying to look out for me, or if he was just really mean, or if he was drunk! He was actually a REALLY prominent and successful editorial illustrator, and it really shook my confidence with drawing in general, but especially drawing with ink. Ink is now my favorite medium, but his mean comments kept me away from it for YEARS."

Jen Bartel is an illustrator and comic artist who specializes in ink and digital work. Jen illustrates the Jem and the Holograms comics from IDW Publishing. Her work has been seen in many Light Grey Art Lab shows, American Illustration showcase, Juxtapoz magazine and many art zines. 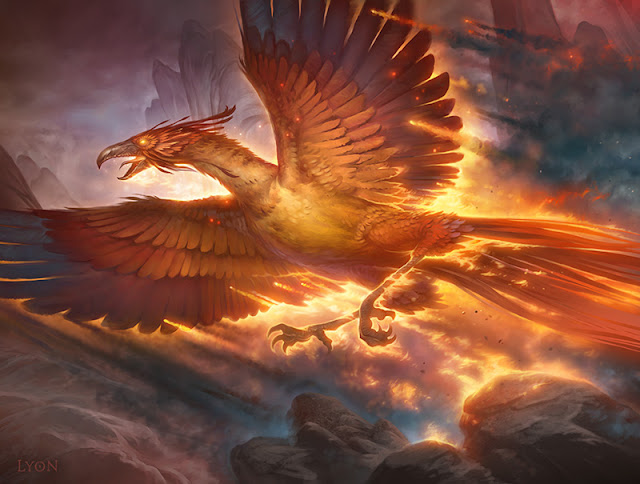 "About one month ago on a forum, a new piece of my MtG art was released and one guy commented 'I find the art pretty awful' and went on to say it was 'terrible, nothing eye-catching, criminal, stinks, generic and plastic.' A follow up comment said 'I can’t stand this crappy CG art any more.' I guess I will pack up my brushes and become a bread baker!"

Howard Lyon has worked for over 20 years in the video game industry as an Art Director, concept artist and freelance illustrator. His work can be found in products from Dungeons and Dragons, World of Warcraft/Hearthstone, Magic the Gathering and Star Wars. 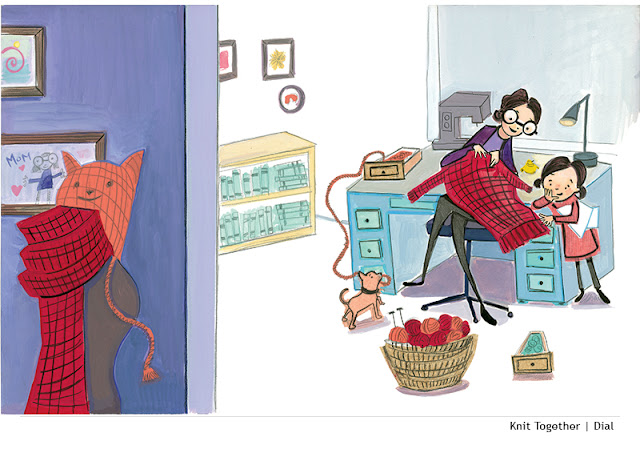 "In my early 20s, I attended an illustration workshop. I was shy and terribly insecure about my artistic skills. After a presentation, one of the coordinators was talking about the difficulties of the illustration profession. I can't say with one hundred percent certainty, but he said to the group 'some of you are not cut out to be illustrators' and then made eye contact with me. I was dumbstruck, then I immediately got angry. I remember thinking to myself a few expletives, but more importantly, that I would become a successful illustrator just to prove him wrong."

Angela is a children's book author and illustrator. Her books have been published by Dial, Abrams, Bloomsbury, Candlewick, Roaring Brook, Henry Holt and others. Her book, Maria Had A Little Llama, received the Pura Belpré Illustration Honor from the American Library Association. 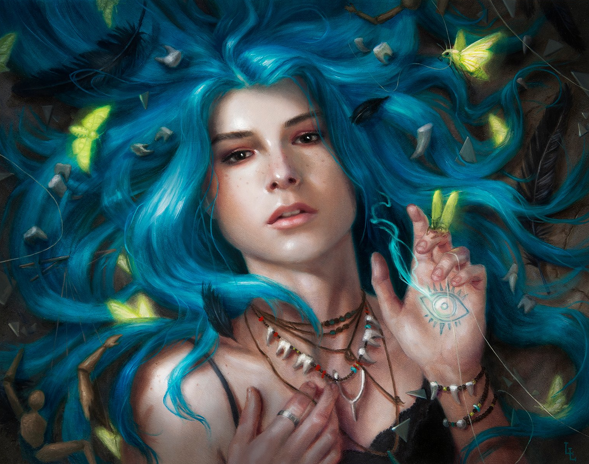 "I made the initial mistake of googling some of the bigger projects I worked on after they were published, and quickly found that it's probably better to stick to reading comments on my own social media and leave the rest alone. One such project was a pirate themed card game where I did all the card and box art. It was months of work, and I was very proud of the end result. A guy posted in a public forum that the artwork on the box was overwrought, kitschy, and lacking in taste...it definitely stung. But after a few years of having my work torn apart on the internet, I've toughened up and come to the realization that it doesn't matter. I love what I do, and I'm not going to stop or change my style because of someone else's criticisms."

Lindsay's work has been seen in Spectrum:The Best in Fantastic Contemporary Art, and some of her clients include Wizards of the Coast, Penguin Books, Audible.com, Smirk and Dagger Games, Applibot, and Science Fiction Book Club. 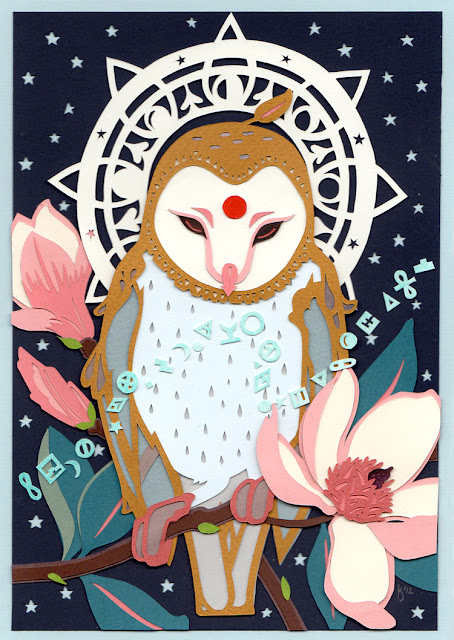 "In a freelancing class in school we were talking about writing contracts. I asked my professor for specific advice since I was working exclusively in hand-cut paper at the time. He started with 'Well, you shouldn't be working in cut-paper to begin with because it's a craft and not art, but...'. I should mention that he gave me good advice and was very helpful as my career started off. But I never forgot his casual dismissal of the style that first made me feel like I had a place in the art world."

Kevin is a freelance illustrator who works in a variety of styles, but specializes in cut paper. His client list includes Sterling Publishing, the New York Times, Barnes and Noble, 20th Century Fox and many more. 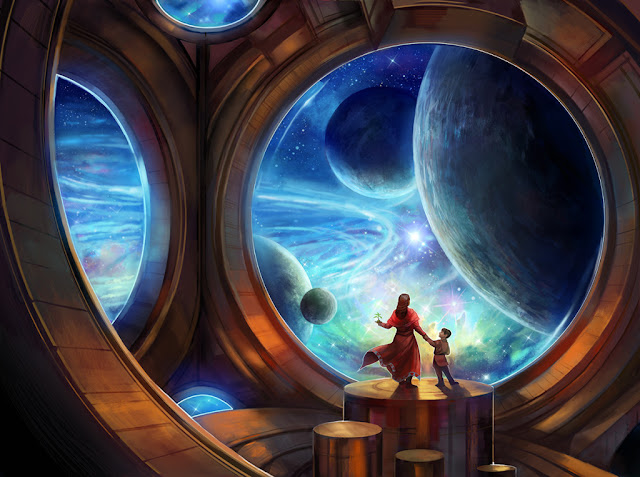 "I did have a family member say my art was 'just a bunch of ding-dong shit' when I was a teen, while explaining why I should pursue a different career instead."

Julie Dillon has been a professional artist since 2006. Her clients include Tor Books, Wizards of the Coast, Simon & Schuster, Penguin Books and many others. She won the 2013 and 2014 Hugo Awards for "Best Professional Artist", and won the Chelsey Award in 2015.

"I wasn't a sporty kid. While you could almost always find me roaming around and exploring the woods near my house I just had no interest in organized or competitive sports. I was maybe 10 or 11 and I remember, clear as day, one night my own father saying to me, 'I have nothing to talk about with the other dads at work. You don't play soccer. You don't play catch. What do you do, Cory? You just draw stuff.' It was uncharacteristic at the time and it shocked me. Either way, there's just no way in the world I would do sports. It really was in some respects a dividing line, like, ok, there's no way I'm going to make this guy happy so I'm just going to do my thing. I've heard it said that 'the artist is the child who survived' and you know what, I'm inclined to believe it."

Cory Godbey's work has been featured in a variety of esteemed annuals and publications including Imagine FX, The Society of Illustrators, and Spectrum, where he won a Gold Award in 2013. He has worked with numerous prestigious companies and publishers, including illustrating a chapter novel tie-in for the movie Cinderella, titled "Have Courage, Be Kind," published by Disney Press.

Thanks to everyone who responded to my emails and dredged up painful memories for the sake of my blog.

Did you find this helpful or encouraging? Do you have a story about how someone dismissed your artwork? Leave a comment!