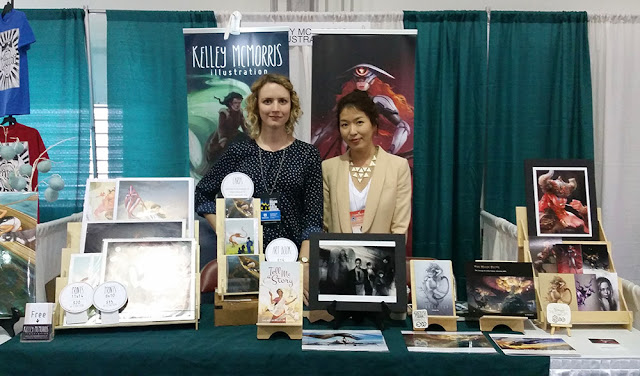 Last weekend my good friend Inkyung Lee and I had a booth at APE (Alternative Press Expo) in San Jose. I had low expectations for this show for two reasons. First of all, this year APE was changing management and moving from San Francisco to San Jose. I expected that this would probably mean a lower turnout as the event went through growing pains.

Secondly, APE put on a terribly unprofessional Kickstarter in attempt to sell more tickets to the show. The campaign failed, having raised $330 out of their goal of $2,000. This greatly reduced my confidence in the competence of the event organizers.

I attended anyway because last year was a lot of fun, and I have many friends in the area I was hoping to meet. The thing I like about APE is that there isn't a big emphasis on fanart. Many artists sell their original creations, unique stuff that is way more interesting than anything you could buy in a store. 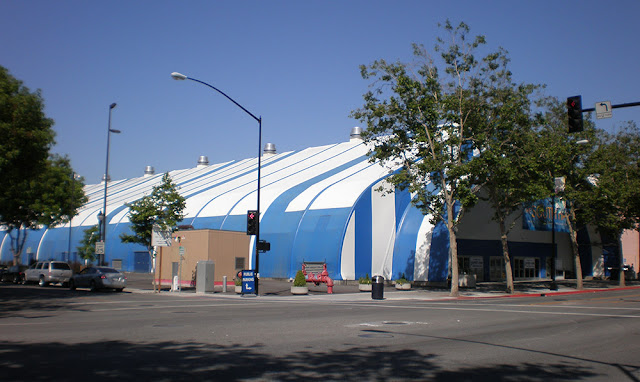 The show was in the "south hall" of the San Jose Convention Center. It was a gigantic tent, and the aisles and our booths were generously proportioned. 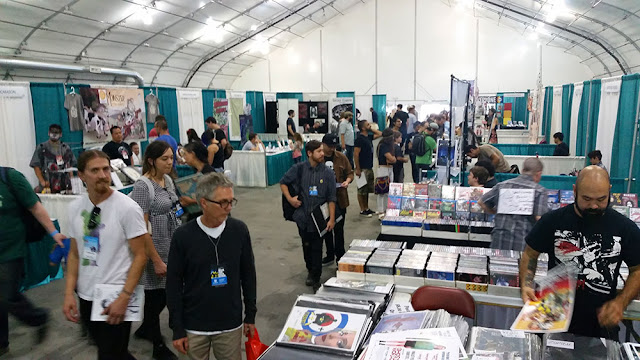 The first hour of the first day was awesome. The first attendees were hardcore APE fans who attend the show every year. Some of them had even brought small rolling suitcases to carry all the books they intended to buy. People practically pounced on me and Inkyung's table, and it was by far the highest sales I have ever seen in a single hour. But once that initial wave of enthusiasts rolled through, sales died down. Sunday was particularly slow.

If the show had had the attendance of last year's show in San Francisco, the gigantic tent would have been great. 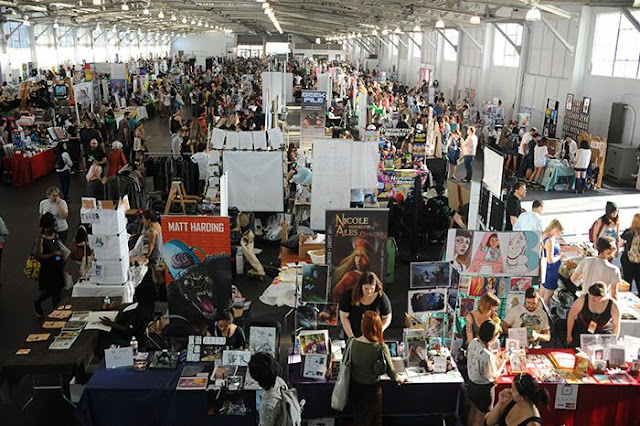 ...But it didn't. I estimate that the attendance was maybe a quarter of last year. So the tent seemed positively cavernous. 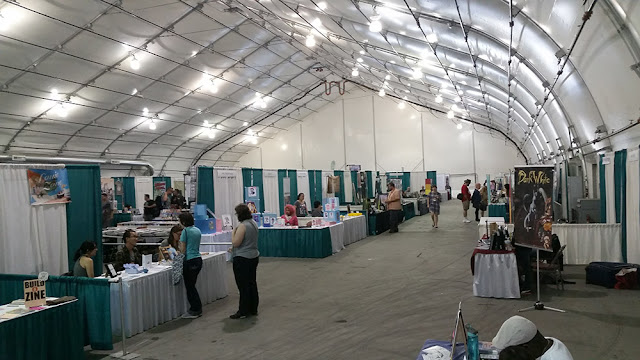 I also noticed that the general level of artists seemed lower than last year. It seemed as if many professional artists and artist alley veterans had passed up this year and their places were taken by newbies. There were very few names I recognized.

Despite these drawbacks, I had a good show as far as sales. I earned more than I did two weeks ago at Rose City Comic Con, which had a vastly higher attendance, and more than I did at last year's APE.

I am cautiously optimistic about next year's show. If the organizers can listen to the feedback from artists and attendees, APE can find a new home in San Jose. But if the organizers don't find ways to increase public awareness of the show, and attract big-name artists to exhibit, I predict that APE will not survive its uprooting from San Francisco.

Labels: conventions, events I went to