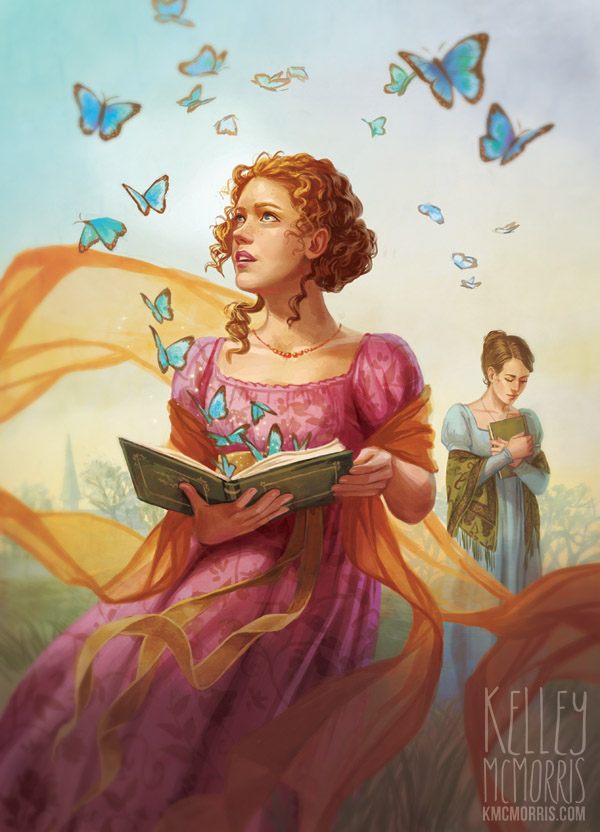 I created this piece for the Ladies of Literature project back in 2014. Ladies of Literature is a collaborative zine where over 100 artists drew female characters from literature. I chose Marianne from Jane Austen's Sense and Sensibility, because I thought that there would be a lot of opportunities to visually depict the contrast between Marianne and her sister Elinor. Although I drew this over a year ago, I've been refraining from posting it online because I've been waiting for the books to arrive. I should be receiving my copies in a few weeks now, and I'm excited to see them in person! 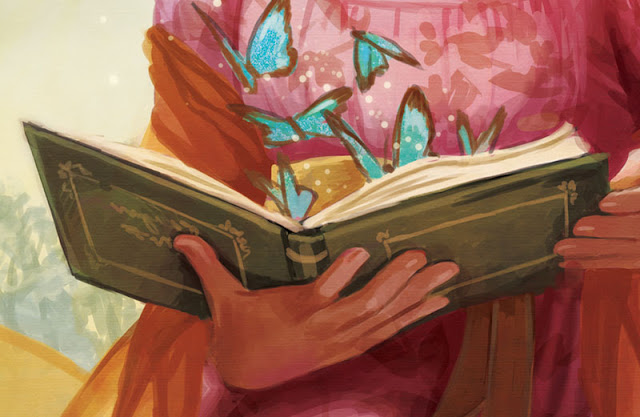 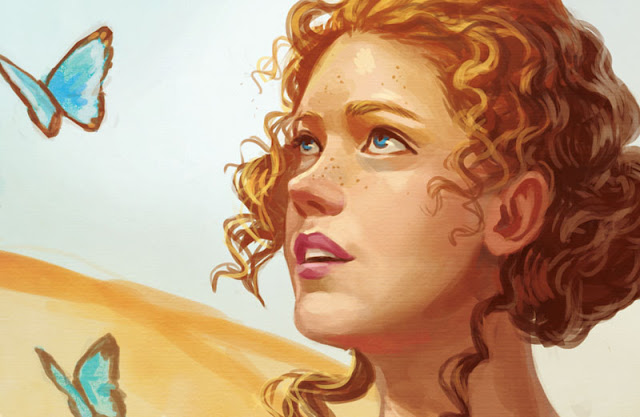 Marianne is fifteen years old, and like many teenagers, she's an idealistic dreamer who feels emotions very strongly. She believes in love at first sight, dying of heartbreak and speaking her mind. She's not selfish, but her impulsive behavior and emotional outbursts tend to constantly upstage her sister, Elinor, who is reserved, careful and considerate. 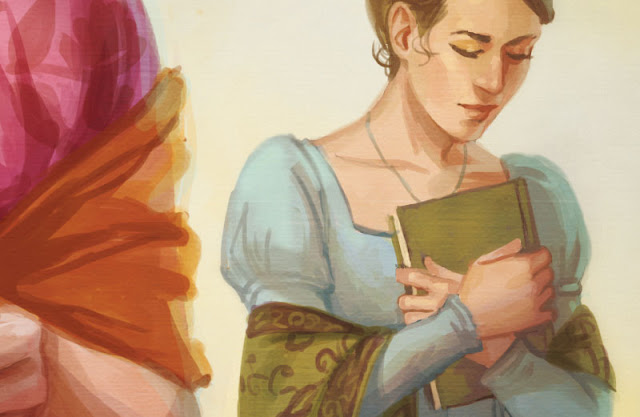 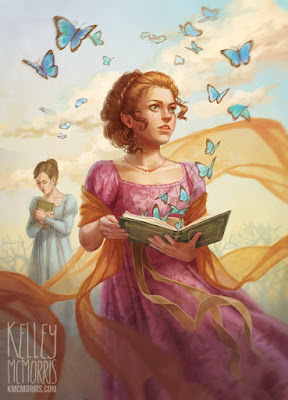 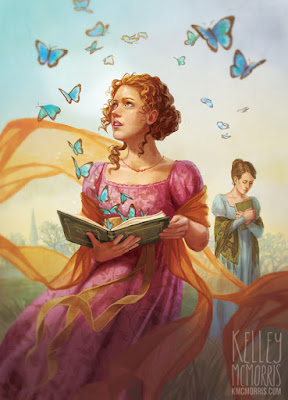 I flipped the whole thing, improved the background and removed the clouds from the sky. Marianne's face needed to be totally redrawn. I found this stock photo on Deviantart, and the model had the perfect look and expression for Marianne, although she seems very cold: 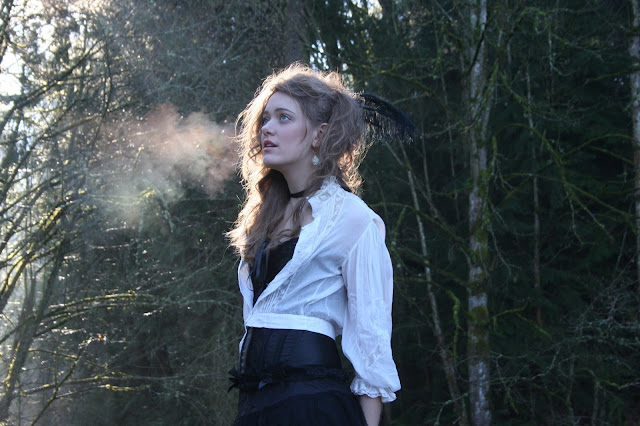 I also used this stock photo for Elinor's scarf: 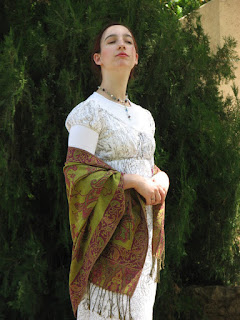 So here is the entire process behind this image.

As you can see, a year ago I was really struggling with Marianne's face. I wish I could have improved it before the book was printed. Still, it's good to see that my eye for illustration is improving.

Also, I realize that these characters look exactly like the actresses from the 2008 BBC version of Sense and Sensibility. This was not intentional, but I do love that version so I guess my characters subconsciously ended up looking like them anyway! If you haven't seen it; check it out, it's a great miniseries.

When I receive my copies of Ladies of Literature, I'll be sure to show you guys!