Bedtime Stories for my Little Brother 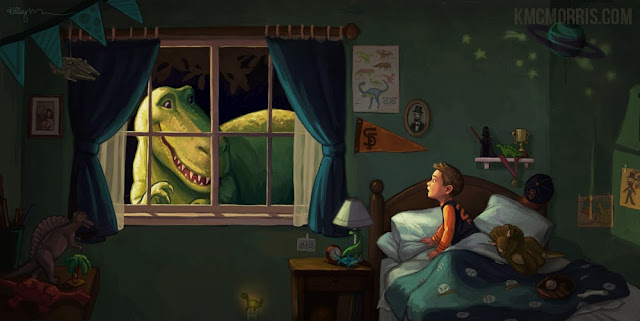 This is a repaint of a piece I made about a year and a half ago. Here's the older version: 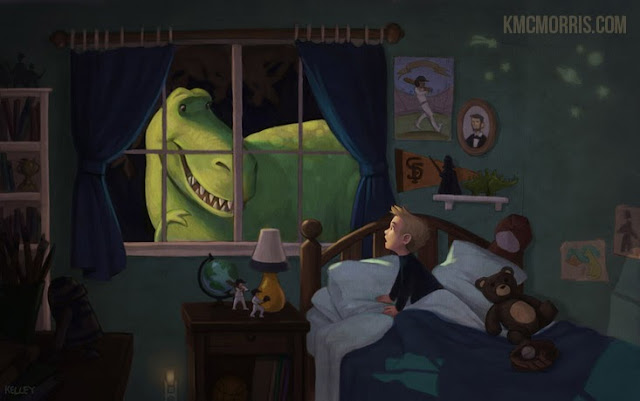 It's kind of like a game of spot the differences, isn't it? At this small size the painting may not look that much different. It's really in the closeups where you can see the improvements.

This time I extended the composition to work as a double-page spread in a picture book. I rendered the dinosaur and everything a lot more than before. But the biggest thing I did was put more design into things: adding a pattern to the plain blue beadspread, making the plain lamp a dinosaur lamp, changing his weird black pajama turtleneck into a Giants jersey, replacing the generic teddy bear with a stuffed triceratops. 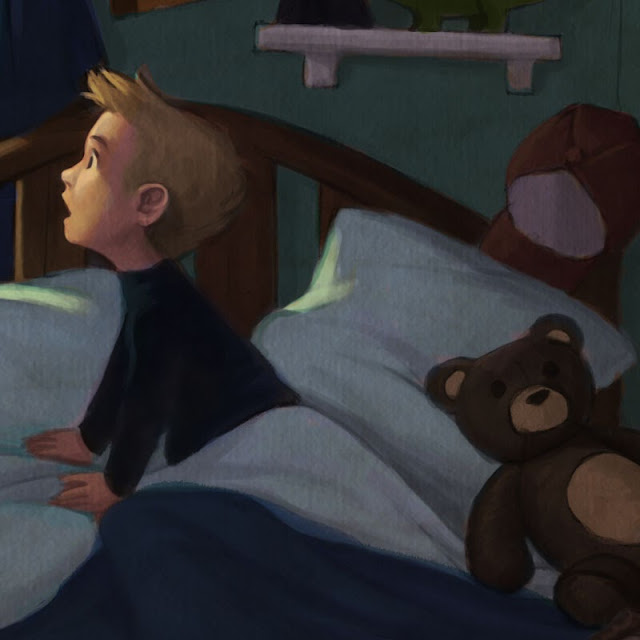 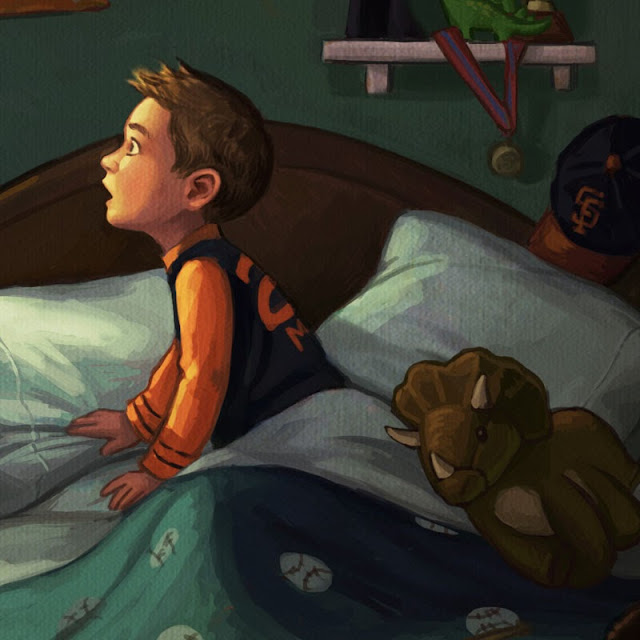 This painting is inspired by my little brother Chris. Sometimes I would tuck him in bed at night, and he would ask me to tell him a story. So I would make up some silly story about "a little boy named Chris, who was just starting to fall asleep for the night..." and then dinosaurs and Darth Vader and Barry Bonds and all his favorite things would happen to him. 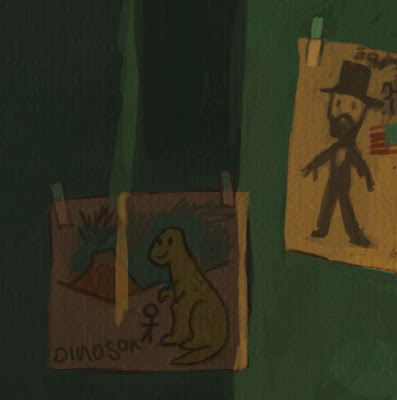 When I look at this painting, I regret not taking the time to tell Chris more stories. There were too many nights when he begged for a story but I squirmed out of it. What was I so busy for? Where did teenage Kelley have to go that was so important? I'm sorry about that, Chris. 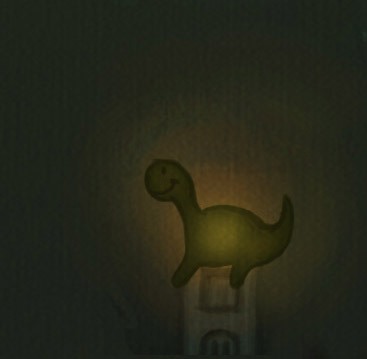