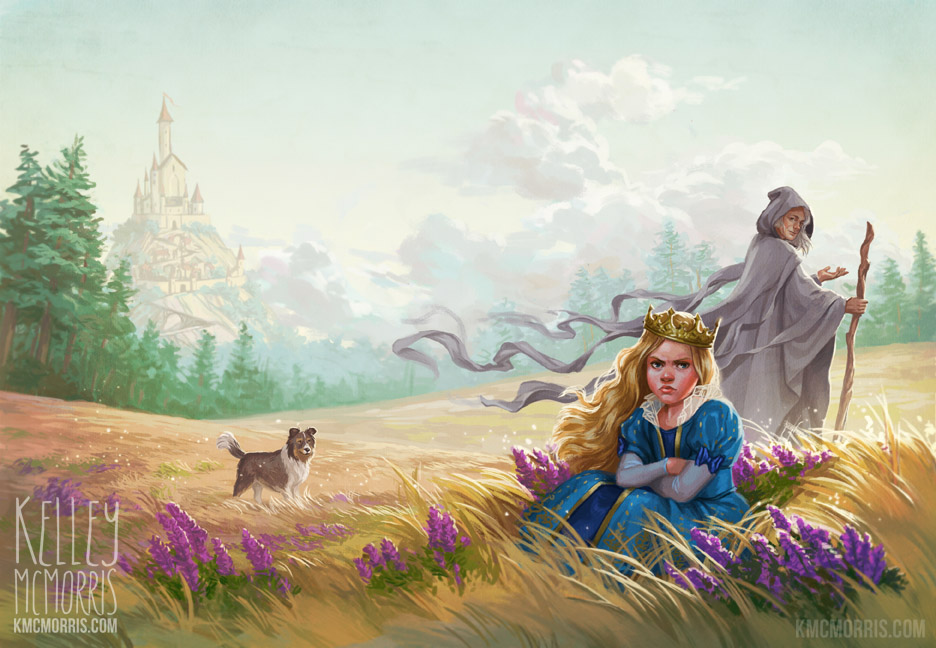 As Princess Rosamond grew up, everybody about her did his best to convince her that she was Somebody; and the girl herself was so easily persuaded of it that she quite forgot that anybody had ever told her so, and took it for a fundamental, innate, primary, first-born, self-evident, necessary, and incontrovertible idea and principle that SHE WAS SOMEBODY.

Recently I was commissioned to draw some super, super girly book covers. I can't post them online yet, but trust me: there were sparkles, there were magic rainbows, there were tiny glowing fairies, and it was fun. Since then I've wanted to draw something girly, but I wasn't sure what to draw.

Something brought back the memory of a favorite childhood book: "The Lost Princess" by George MacDonald. Published in 1875, it seems to have been mostly forgotten by the modern world. In the book, Princess Rosamond is a horribly spoiled brat. She is kidnapped by a wise old woman, who tries to do the princess a favor by teaching her humility, gentleness, and empathy. She uses magical tests and trials, and an intelligent sheepdog named Prince, but it's not easy to reach someone's heart.

The story is actually a profound spiritual allegory about the nature of sin and repentance. I regret that my illustration fails to reflect this whole aspect of the book - I was just really excited to draw a pouting, sullen princess.

My thumbnail was pretty bare. I designed this as a wraparound book cover, just to make things harder on myself, I don't know. 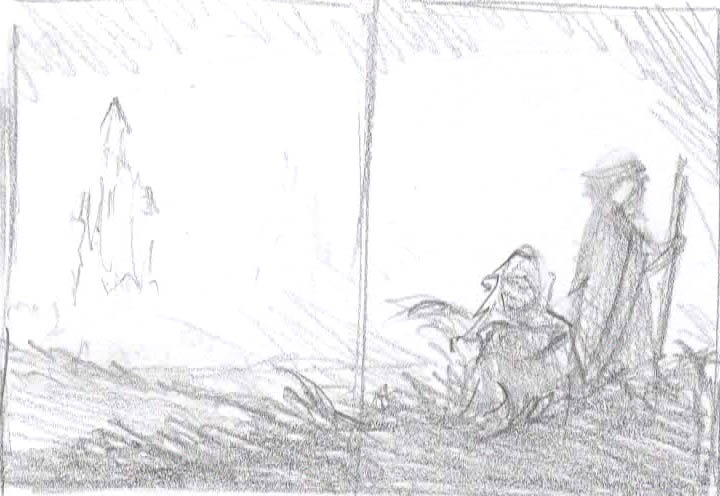 As you can see from this process gif, I sort of made this up as I went along.

I tried to make the princess's dress pretty over-the-top, to emphasize her pampered lifestyle, to contrast her with the solid grey of the old woman, and to make her look out-of-place in the natural surroundings. The ruffled collar might be my favorite part of this drawing. 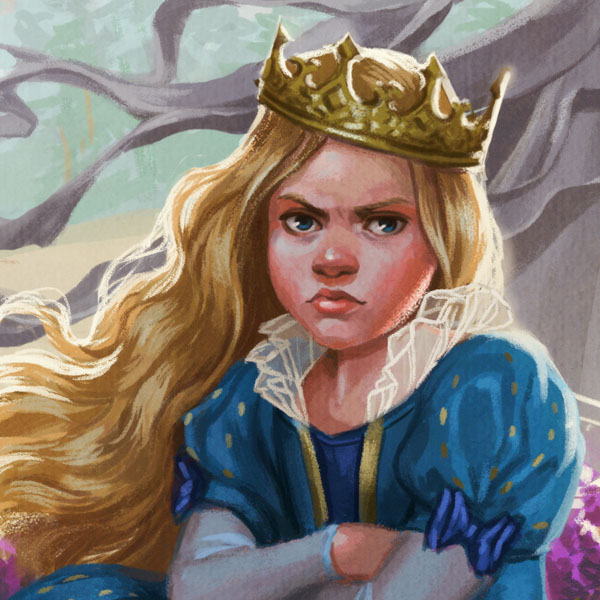 I used Kyler Webster's gouache brushes on this piece. Sometimes they're difficult to use on tight details, but I like the brushy texture they add. 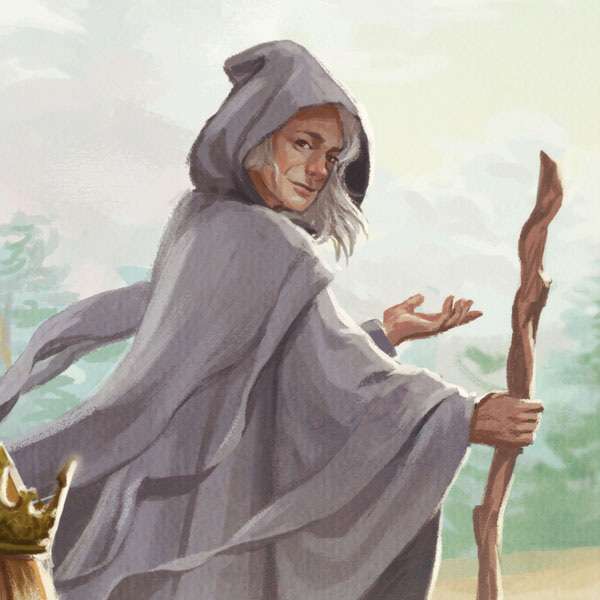 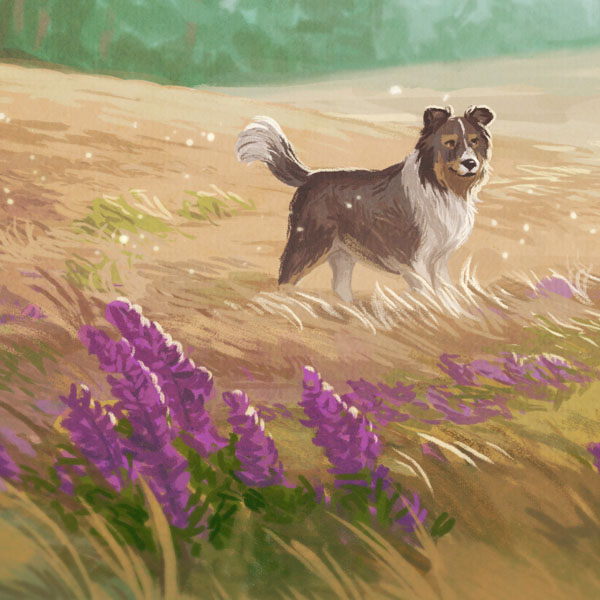 This is how I imagine the front cover would look: 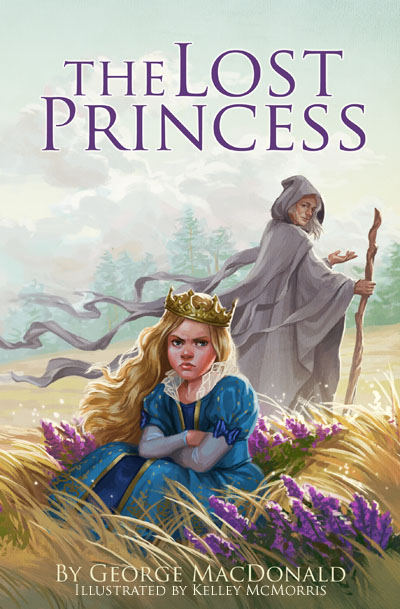