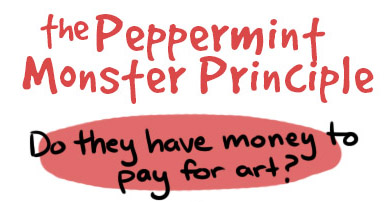 I received one of those emails illustrators so often get, asking me to work for free on someone's pet project. As soon as you establish a web presence as an illustrator, you will start getting these emails. Here's a simple explanation of why these emails are basically lies. I call it The Peppermint Monster Principle, because I discovered it on a Tumblr of the same name, and I want to give credit where credit is due.

The Peppermint Monster Principle is this: when someone says they have no budget, there are only two possibilities. Either: 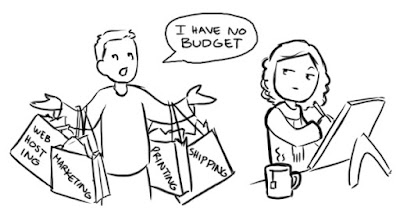 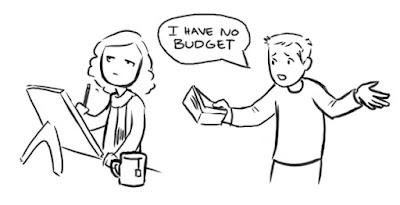 Emails like this almost always contain glowing descriptions of the project and how it's going to be The Next Big Thing. Favorite phrases include, "an instant classic," "a guaranteed bestseller," "a great opportunity" and "potential." This particular email I received said their project was "complete with a marketing plan to hit a grand slam with crazy potential for tv and big screen." This person also told me they are "virtually budgetless." 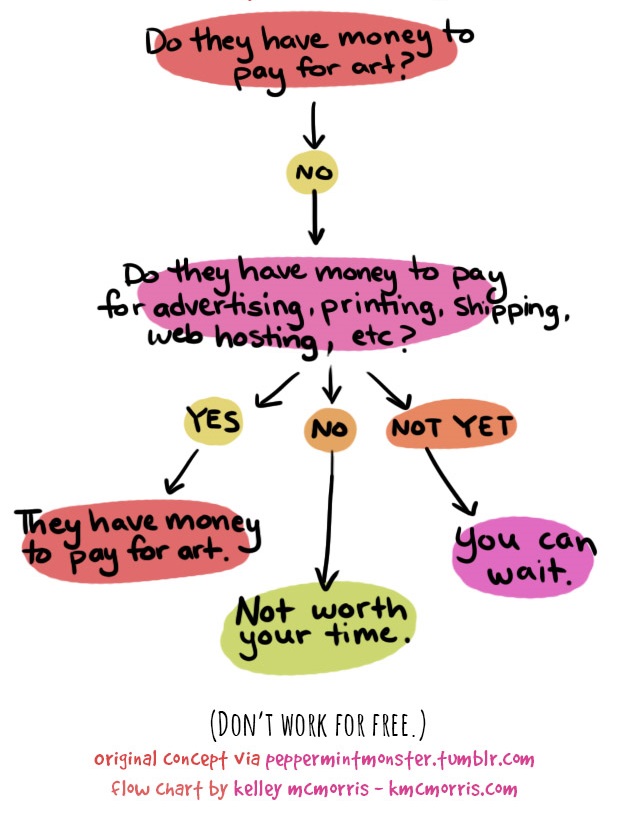 Picture this: imagine that someone had a winning lottery ticket worth a million dollars, and they offered to sell it to you for a thousand dollars. Assuming for the sake of argument that it's not a scam, would you buy the ticket? Of course you would! You'd drop everything to find a way to scrape together a thousand dollars.

The people who send these emails claim that they've got a million-dollar idea. If they really believed that, they'd be willing to pay you a thousand dollars to make it happen. Or five hundred dollars. Or a hundred dollars. But no, they're offering you zero dollars. What does that say about how much they actually believe in their own idea? How much they value your time and skills?

Do not worry that you might miss out on any real opportunities by turning these people down. You can be certain that their project, whatever it is, is not going to happen. Because people who are unable or unwilling to invest in their own product, going around the internet asking complete strangers to work for free, is not how bestselling books, big hit tv shows and MMORPG's are made.

Your skills are worth money. Your time is worth being treated with respect.

(Feel free to share the flow chart around the interwebs. Let's get the word out there.)

Special note for my Dad: please don't take this personally. This is not about you. I am happy to do drawings for you anytime, free of charge. Love, Bean.