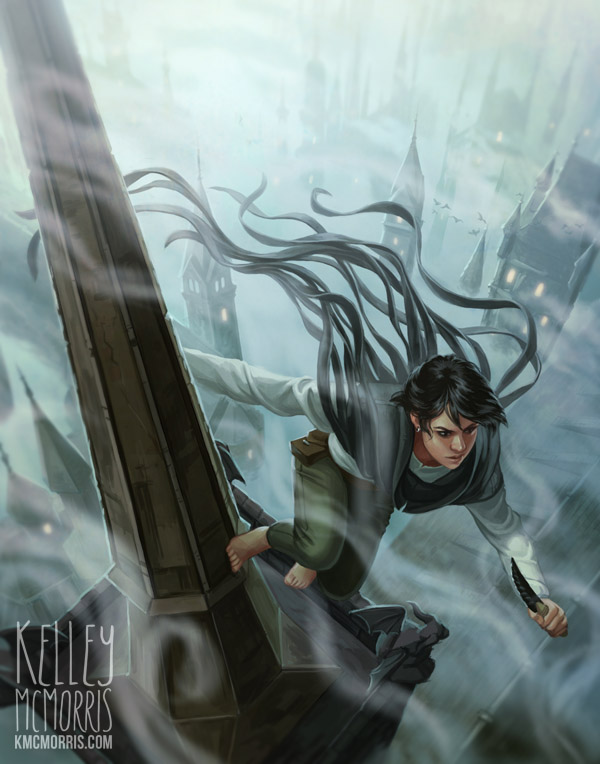 Whew! It's been a while since I had the time to do some personal work. As far as work goes, this year started out with a bang for me, and I was struggling just to keep my head above my deadlines.

I was looking for a new audiobook to keep me entertained during all this work. Recently I had seen a lot of gorgeous fanart of a book called Mistborn by Brandon Sanderson, so I thought I should check it out. Well, turns out the book is amazing. I don't think I've loved a book this much since reading The Lord of the Rings in high school. Once I finished up a bunch of illustration assignments, I was itching to try my hand at some Mistborn fanart.

I wanted to draw the main character, Vin, wearing her trademark mistcloak and perched on a spire above the city of Luthadel. Since much of Vin's story takes place jumping around on rooftops, I thought this would be an opportunity to use some dynamic perspectives. My first idea was to look up at the character: 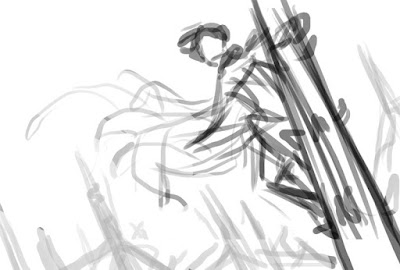 I also tried looking down at the character, and I liked the feeling of vertigo it could give, to see how high she was above the ground: 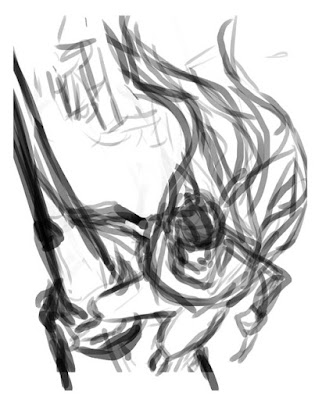 When I settled on this composition, (although it's almost too rough to even be called a composition at this point), I knew there would be two challenges to this piece.

The first: BUILDINGS IN PERSPECTIVE. Let me tell you a secret: I don't draw stuff like this purely from my imagination. When it comes to drawing tricky buildings, I use the 3D modeling program Google Sketchup. It is a lifesaver! I downloaded a bunch of models of cathedrals and castles and assembled them into a makeshift "Luthadel" model. Here's what it looked like in Google Sketchup: 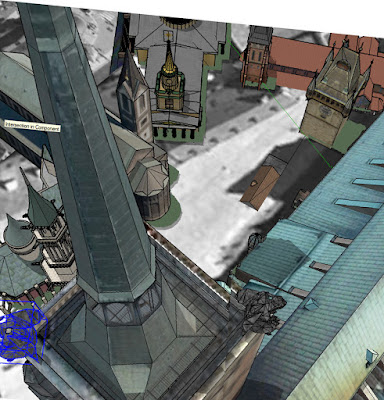 Then I started drawing on top of that, fiddling with the building sizes and positions so they looked good around the character. 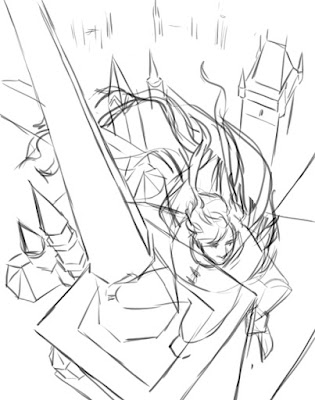 So far, so good. The second challenge was that I wanted Vin to be in a really specific position, looking like she was just starting to leap off the spire. At this extreme angle, there was no way I was going to find any reference material or stock photos online to help me with this. I was going to have to take my own reference photos.

For a few days, I pondered how I was going to get a photo a this angle. What could I cling to that would be strong enough to hold my weight, and would have a place where my husband could take a photo from above?

Why, the apartment stairway, of course! 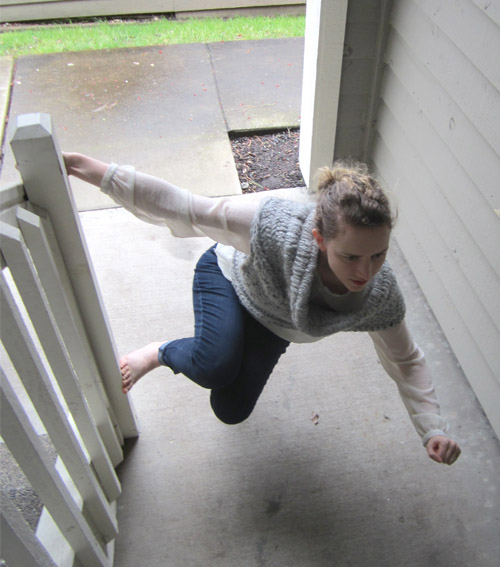 Turns out this is a very difficult pose to hold for more than a second.

Probably a good thing, since if any of the neighbors happened to walk through the area, they probably would have been like "woah, is that an allomancer???"

Having this photo reference improved the pose immensely, although I needed to work on the face to make sure she didn't look too much like myself. 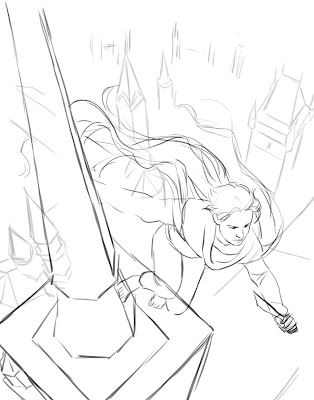 From there the biggest challenges were establishing a moody color palette and making sure the background didn't get too busy and compete with the character.

Here's a process GIF, because I know you guys like those: 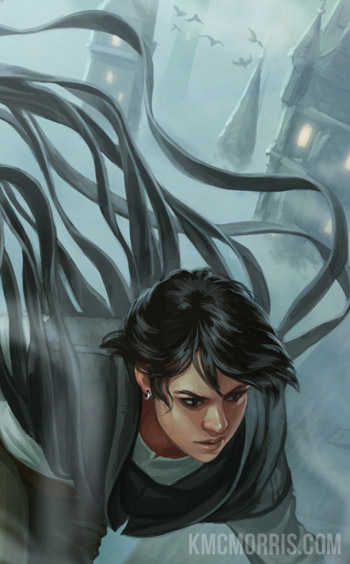 And here's the finished piece: 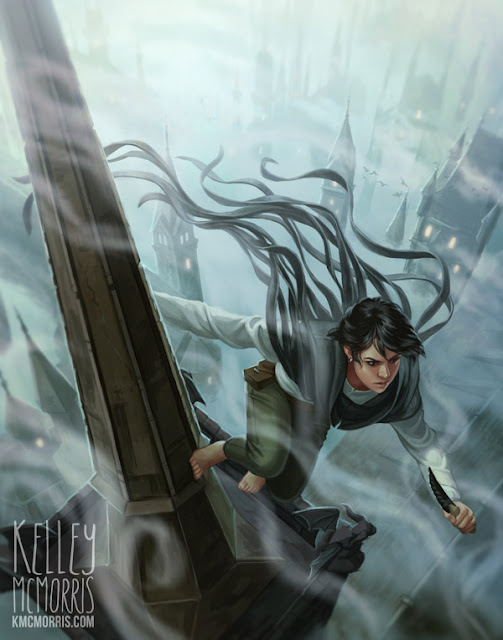