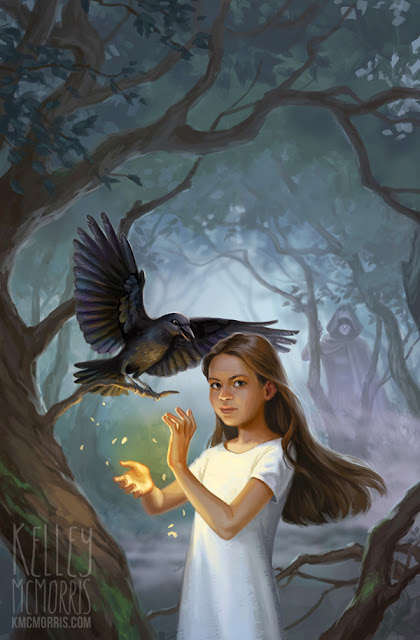 Last year I was contacted by author Elizabeth Forest with an offer I couldn't resist: a cover for a middle-grade novel about a girl who can do magic. She has to learn to control her magic and become a wise woman, or else be hunted down as a witch.

The book is called The Third Kind of Magic and I was SO excited to do the cover!

Susan wanted to see the main character, Suli, interacting with her crow mentor, Coalfeather, with the antagonist lurking menacingly in the background. Suli was to be casting magic with her hands, so I took some reference photos in order to try out various poses. 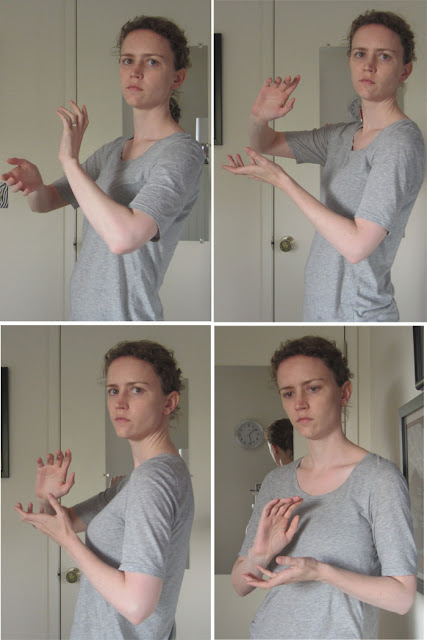 Although I was excited about doing this cover, I was also particularly exhausted the morning I took these photos. When I loaded the pictures on to my computer and flipped through them, I burst out laughing when I saw this: 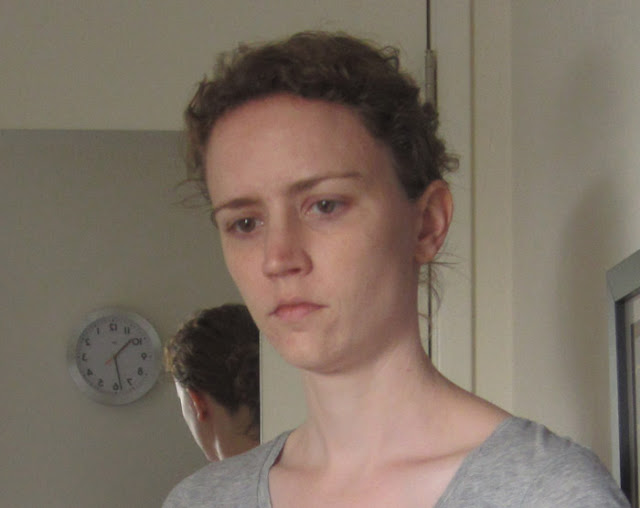 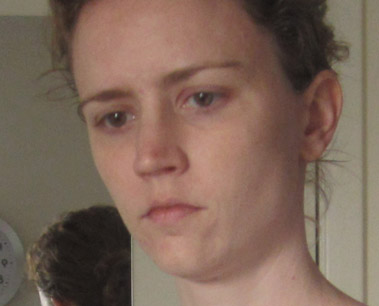 I look like a Sleep Deprivation Mage or something.

Here are the roughs I sent to the author: 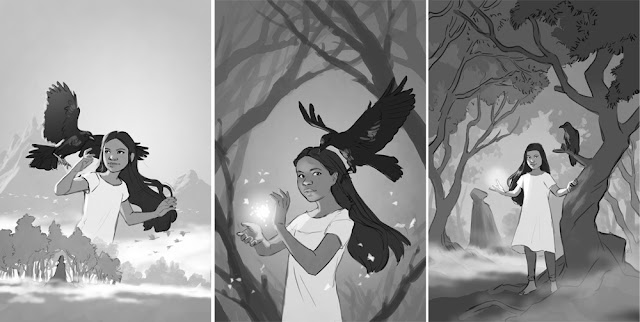 She liked certain elements of the second and third roughs, but mostly the second one. She asked me to move Coalfeather to the other side of Suli, and for the witch in the background to be closer in, looking on the scene. Here is the revised rough that I sent. 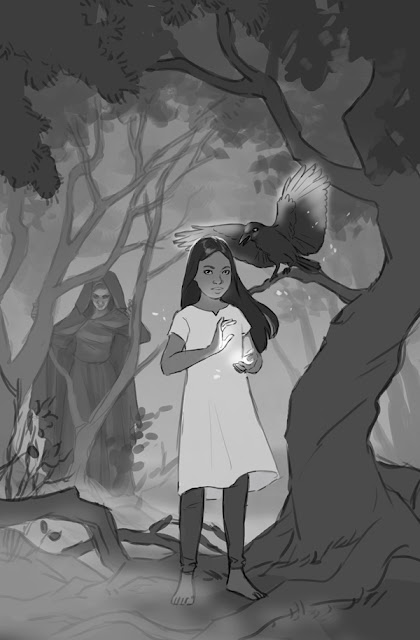 After talking with the author some more - including a Skype chat! - we combined the crow and the witch from this rough with the Suli from one of the previous roughs. 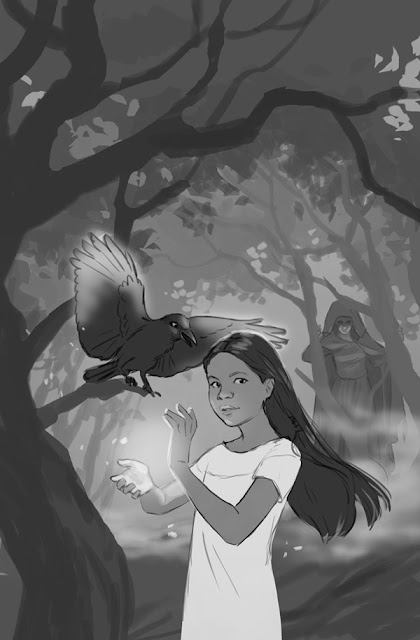 With approval, I moved ahead to a color rough. The author wanted a mysterious, misty forest, so I incorporated some nice blue-greens and lavenders in order to give the scene some color. 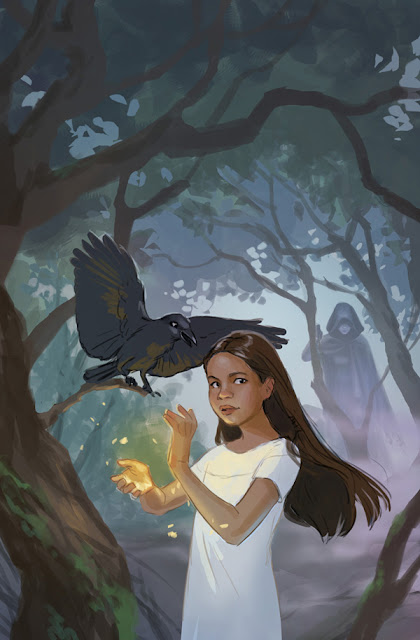 After a few more tweaks, I was clear to go to final. 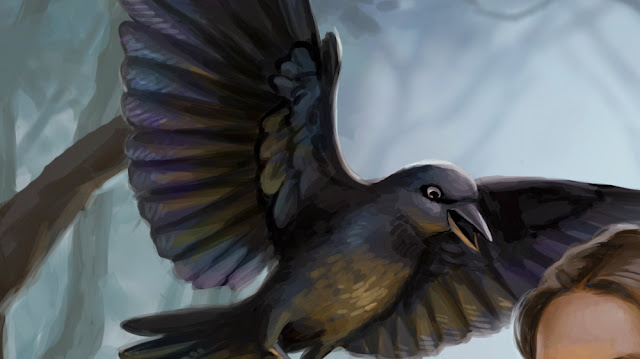 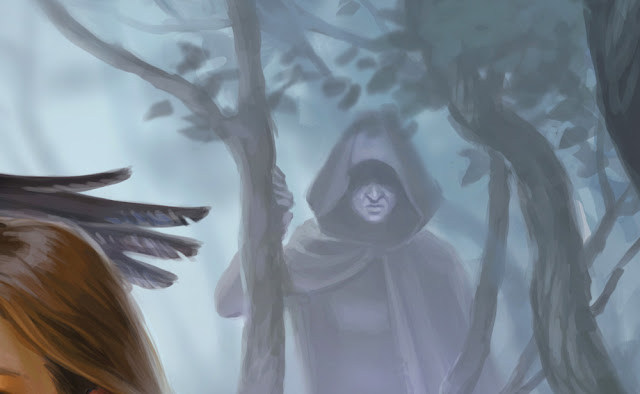 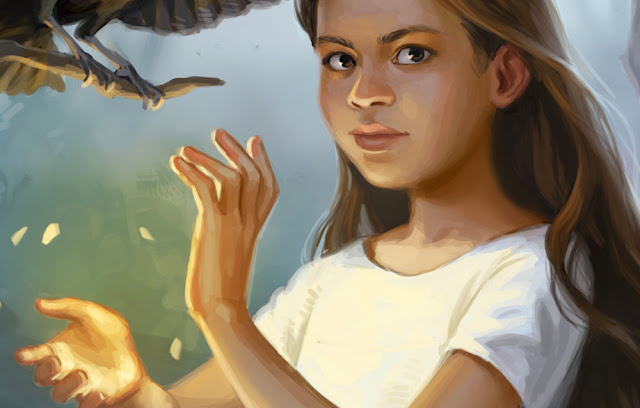 Here's the cover with the title text: 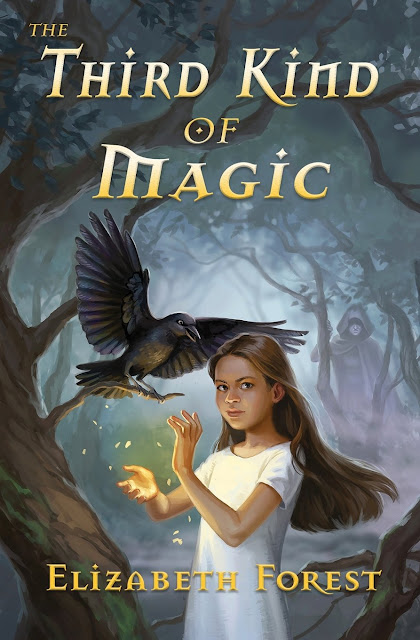 The Third Kind of Magic by Elizabeth Forest is available now on Amazon and through IndieBound. I've been reading it over the weekend, and I'm not finished yet but I'm really enjoying it!