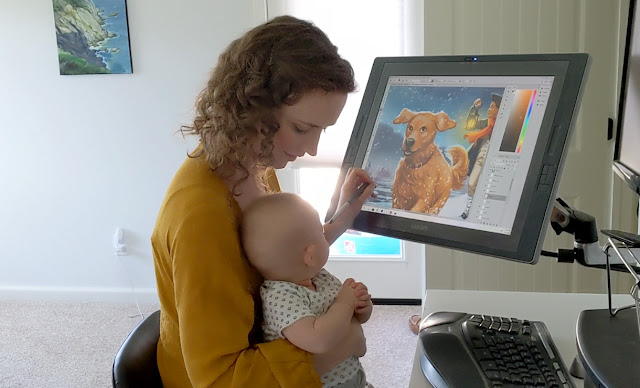 I haven't been blogging much for the past year, but it's not because I haven't been working. I had a baby last year, so...that kept me busy. Then in March, when my state dropped the shelter at home order I lost all my childcare, but not my illustration work. While I was thankful to have work when so many people didn't, having my childcare hours instantly double was a huge adjustment. With the general sense of impending doom coming from the newspaper headlines, I was incredibly stressed for the first month or two. (As we all were.)

In April I recorded this YouTube video. You wouldn't know from watching, but I was actually kind of depressed at the time. (As we all were in April.) Surprisingly, this video turned out pretty funny and I'm rather proud of it.

I heard some rumors about how the economic shutdown would surely spell doom for the publishing industry, and I was really worried about my work drying up for a while. While I did have one job canceled because of Covid-related budget cuts, I've still had new and exciting jobs coming in, including one for MacMillan and three for Penguin Random House! So while I can't speak for the publishing industry as a whole, from my view it seems like things are still chugging along.

I've been working on a series of cozy mystery covers for Annie's Publishing, for a series called Scottish Bakehouse Mysteries. These are fun because I just never know what the publisher is going to ask for each time! 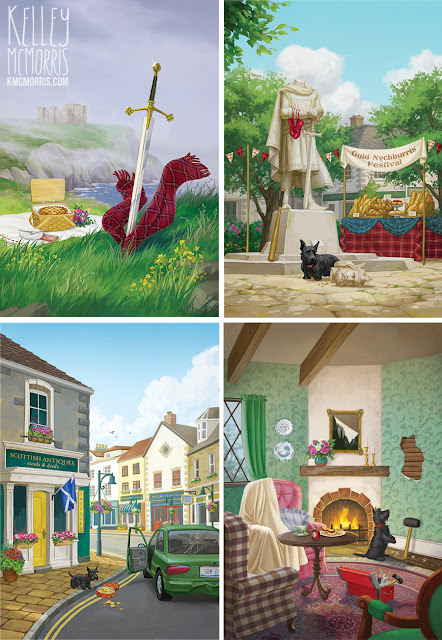 I also did some illustrations for the April issue of Clubhouse magazine, including the cover! Thanks to AD Jenny Dillon for the assignment. 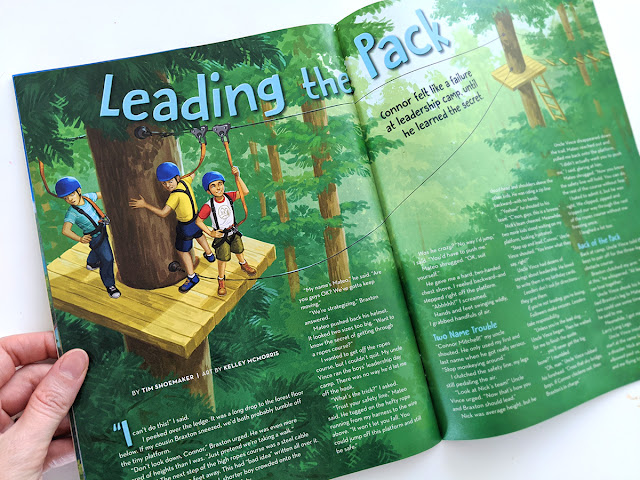 Even though my state is reopening, my family has decided that we're going to keep isolated at home for now. We've adjusted to this new capsule lifestyle, for the most part. I only spend 2 to 3 hours a day drawing, and I miss drawing more. I remind myself that it's a chance to spend a lot of time with my kids while they're little and that illustration will still be there once this season passes.

If you're reading this blog, you must be a pretty loyal reader, so thank you. I appreciate the comments and emails that you send to me. There will be more posts in the future as the books I've been working on are released!