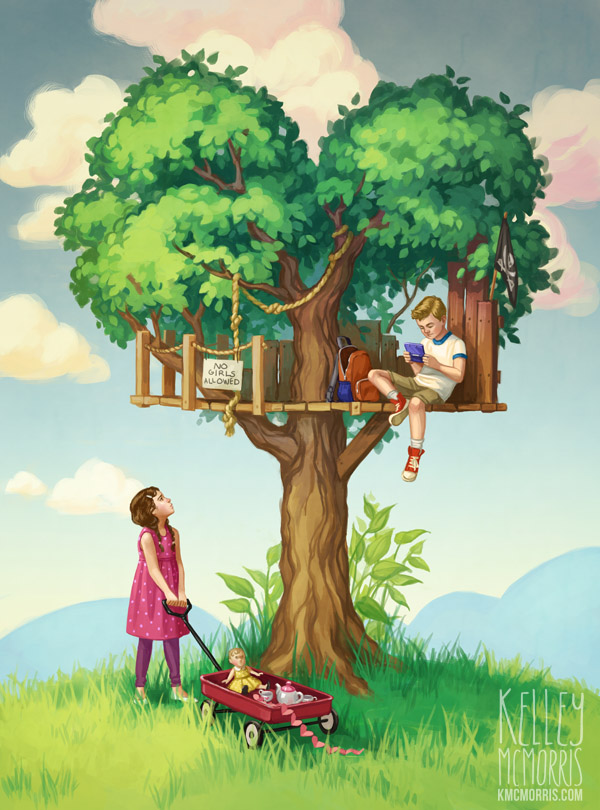 I created this illustration for a show called "The Secrets of Hearts," which opened on September 30 in Taichung, Taiwan. That's right, my art is on display in Taiwan!! How did that happen?

During my studies at the Academy of Art University, I had a very thoughtful, very hardworking, very tall classmate named Shih-Fen. Here's a picture of us enjoying some pizza. Shih-Fen is on the far right. I'll let you guess which one is me. 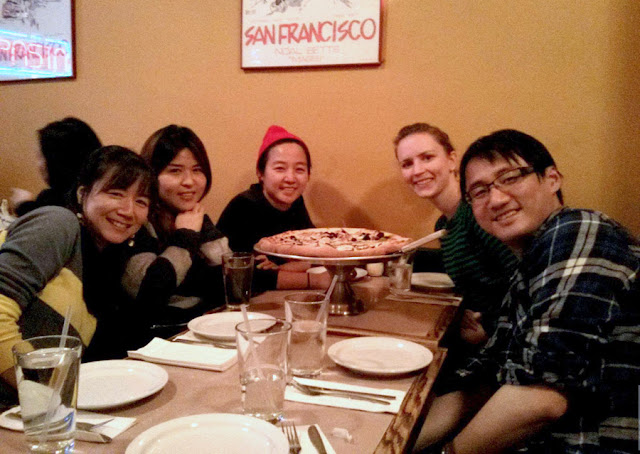 Shih-Fen's thesis project was a children's book about different kinds of hearts: a beach heart, a flower heart, a castle heart. They were symbols for different types of personalities and relationships. But it was far from being saccharine or cliche. In fact, my classmates and I were kind of stunned when he explained the meanings of the hearts. For example, here's "The Gearwheel Hearts." 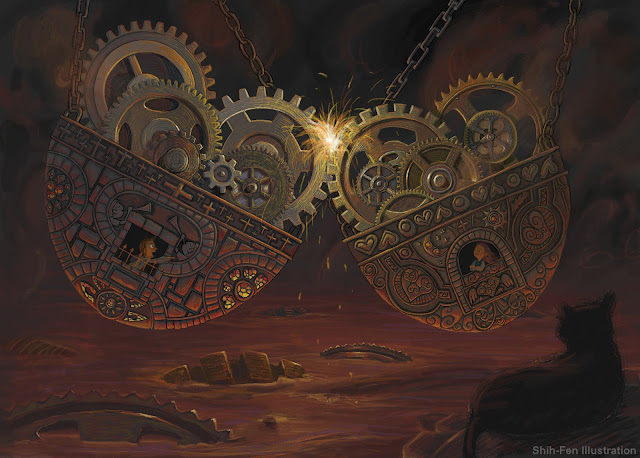 His description: "At the beginning, they try to adjust the gearwheels little by little. Hope that one day everything will run smoothly. Unfortunately, the friction is still there. One day, they lose their patience and point to each other. Everything is different from that day."

Since graduating from art school, Shih-Fen has been busy teaching and illustrating in Taiwan. I'm not totally sure exactly what he does, because his Facebook updates are mostly in Chinese, but he definitely seems productive! A while back he contacted me about participating in a group show centered around his "Secrets of Hearts" theme. He asked me to come up with my own heart illustration. 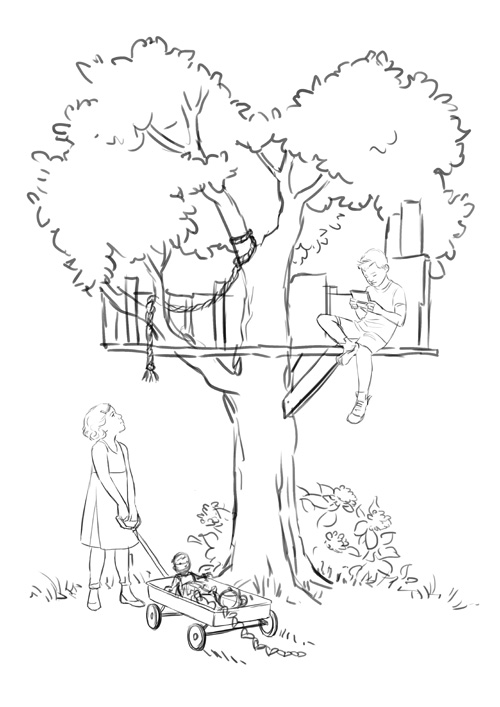 Despite the fact that movies, tv shows and commercials consistently depict men as very simple creatures, I think I speak for a lot of women when I say: men can be pretty mysterious and baffling. (Ladies: back me up in the comments section, please.) I wanted to draw a man's heart, and a woman struggling to find a way in.

I played with some ideas of "The Shuttered Heart" but just couldn't come up with something that worked visually. After setting the project aside for a few months (yes, a few months. I really had a tough time with this), I had the idea of a treehouse heart, and a little boy absorbed in his own boy world, ignoring the efforts of a little girl trying to interact with him.

The initial sketch came together easily enough, but from there on out I struggled with the direction for the color scheme and the lighting. The entire way through the piece I felt unsure of whether I was taking it in the right direction. 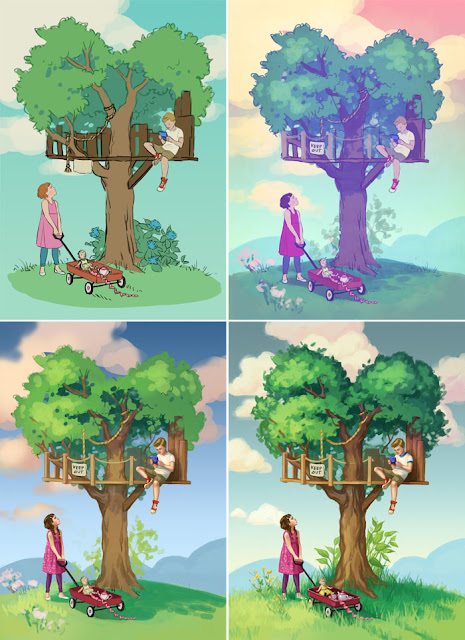 Although I do like the end result, whenever I look at this piece I still wonder if I should have done something differently. Perhaps it's because it's such a personal piece. 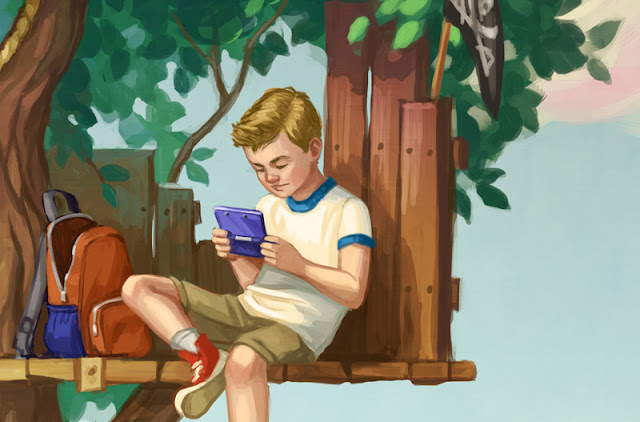 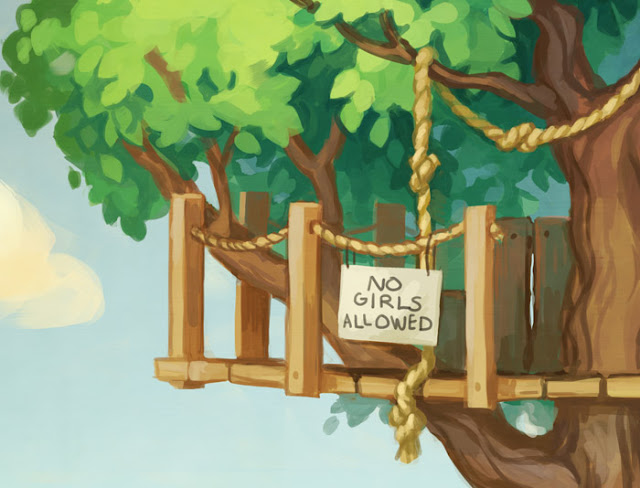 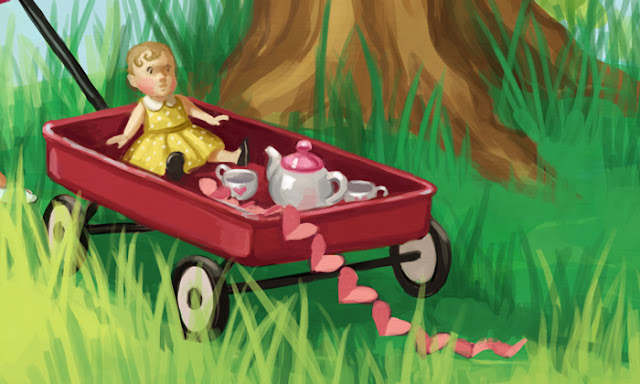 The wheelbarrow of girly things is my favorite detail.

Here are some pictures of the show in Taichung. 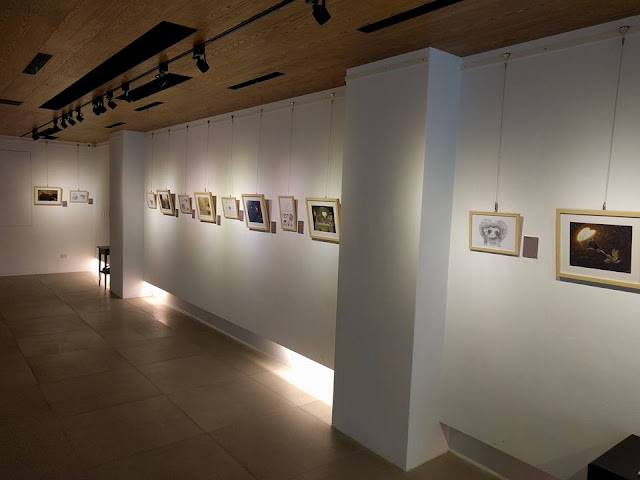 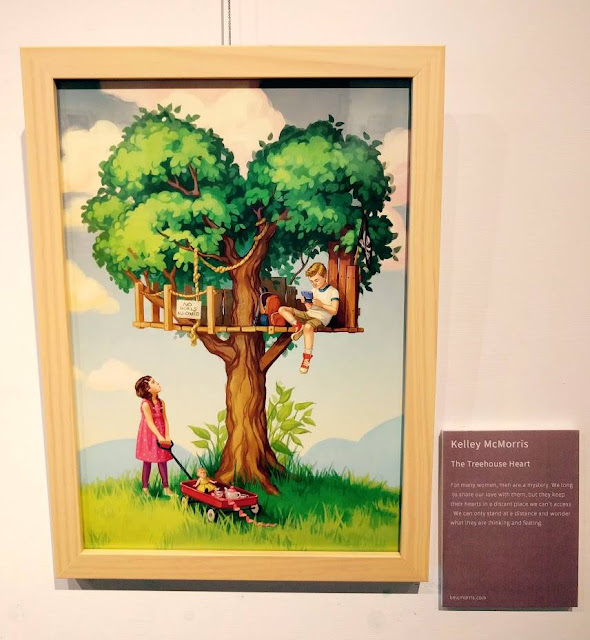 Thanks Shih-Fen for asking me to participate in your group show. Keep up the good work, and I hope we can meet again someday. 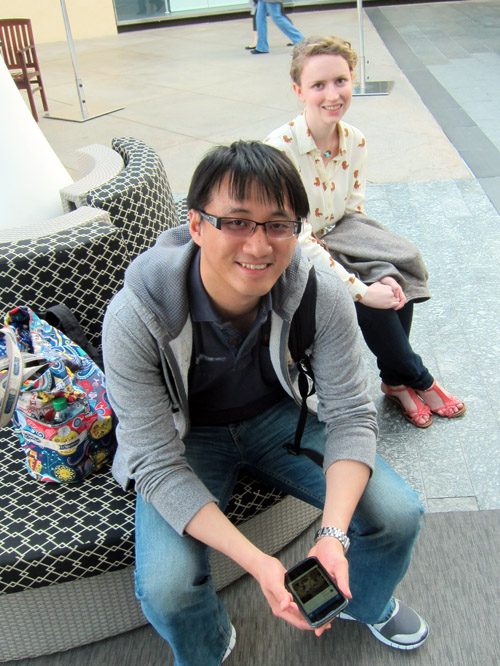