Sketches of The Lonely Village 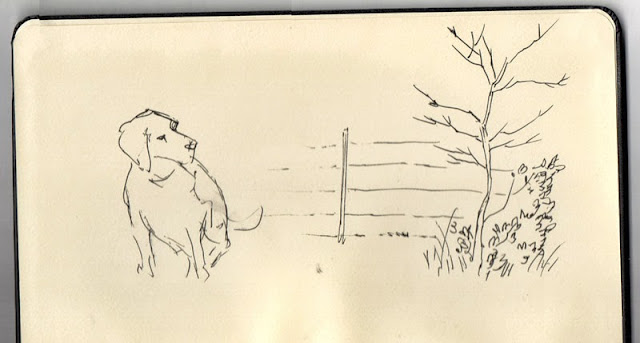 When I told my Korean friends about the tiny town where I am now living, they began referring to it as "the lonely village." Anna gave me a classic black moleskin as a going away present, and I have been doing some sketches in it lately.

The beagle in these sketches is my new buddy Dash. His owners, my in-laws, say that he has become attached to me faster than he usually does with humans. "Probably because you're both timid," my brother-in-law said. The other day Dash and I walked down to the creek and I doodled as he poked around nearby. It's hard to draw a moving dog, but I think it gave the sketches some energy. 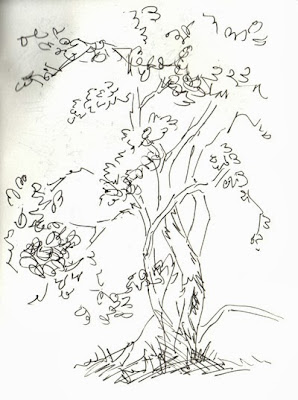