What Does Well on Social Media 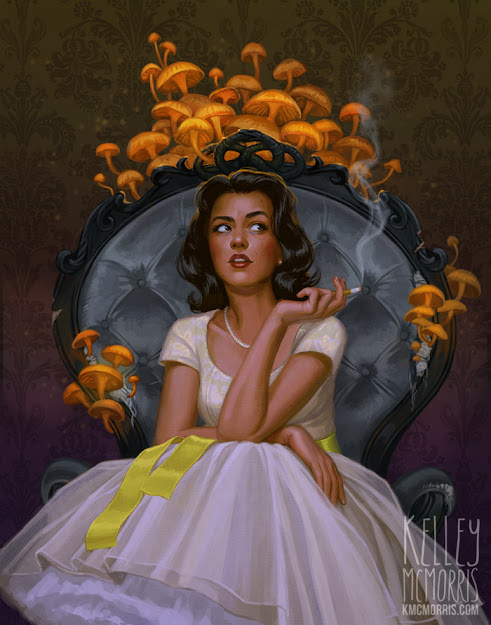 I recently read MEXICAN GOTHIC by @silviamg and @DelReyBooks . It's a horror novel set in Mexico during the 1950's. I can't get the beautiful and disturbing imagery out of my head so I had to draw this fanart. Plz send help pic.twitter.com/oHHN9L0J0I

That doesn't usually happen to me. Despite making a living as a professional illustrator for seven years now, most of the art I post online get maybe 40 "likes" on Facebook or Twitter before disappearing into the internet abyss.

But over the years, I have had a few pieces go viral. 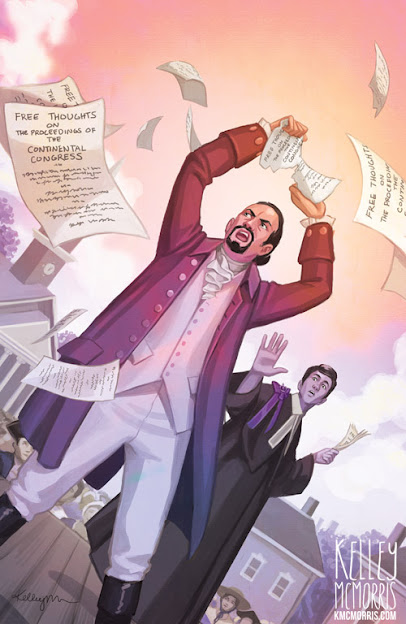 This image went viral as a meme on Facebook years and years ago, and it still pops up on my feed every once in a while. It's probably impossible to measure how many times it's been shared as a meme. 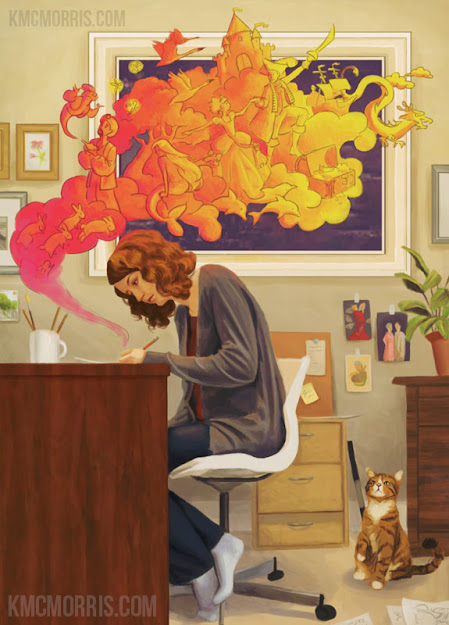 Finally, here's a comic I made that, as of this writing, has 17k likes on Twitter. 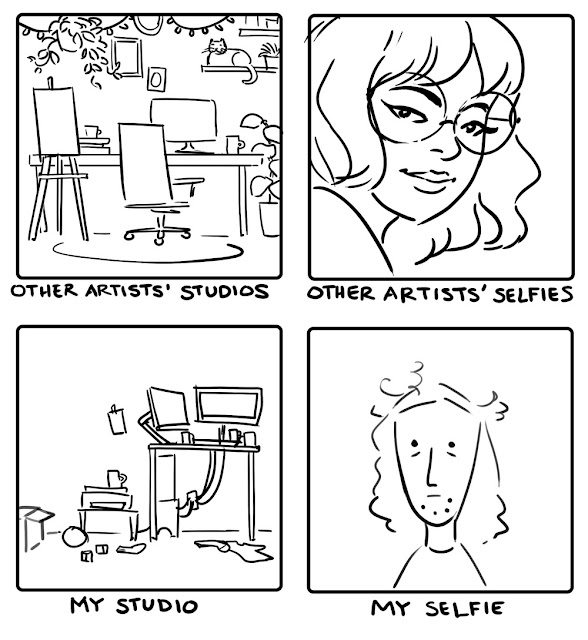 Do you want to know which of my drawings don't do well on social media?
*drumroll please*
***
***
***
BASICALLY EVERYTHING ELSE!!!
Check out the (lack of) engagement on these sweet, sweet posts:

I heard @American_Girl introduced the new Courtney character today! I did some of the illustrations for her book, including this ridiculously intense 80's mall scene! pic.twitter.com/6oBIne4LT0


So excited to show you guys the cover I did for the re-release of NOWHERE BOY, by @MarshKatherine and @MacmillanUSA . Thank you to AD @auroraparl for the job, I frikkin LOVE this book #kidlitart #middlegrade pic.twitter.com/NYzJ2r2iZW

So, what art does well on social media?

There can be lots of factors. But I think an important one is that the art resonates with people emotionally.

It's not about how technically good the drawing is. Sometimes the drawings that go viral are carefully rendered; sometimes they're just quick little doodles.

This is why fanart tends to go viral: people have a strong emotional reaction to fanart because it brings up the emotions associated with a beloved character from the movie or book.

How about my self-portrait, then, the one of me writing at a desk? That one isn't fanart. Why did that go viral? 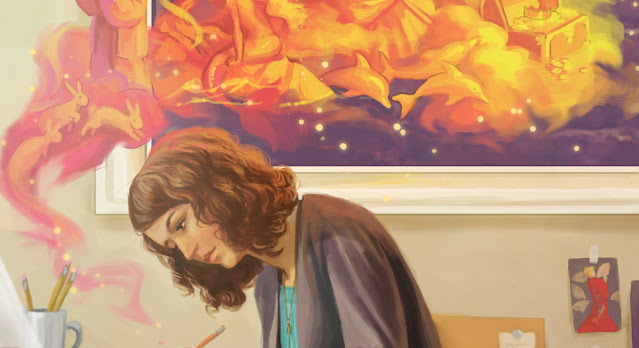 Back in The Great Before Time, when I did conventions, I was able to see people respond to this piece in person. I learned that, even though it's a drawing of me, people tend to see themselves in it - especially writers. They relate to the visual depiction of worldbuilding.

So what about my other drawings, the unpopular ones that never even broke 40 likes on Twitter? Are they bad because people don't respond to them emotionally?

No. Those pieces are meant to be used in the context of a client's project. They met the client's needs, but don't evoke an emotional response in the average person, especially out of context.

And that's fine. These are going nowhere on social media, but my clients were happy, I got paid, and hopefully kids are out there enjoying the books I've illustrated. Those are my goals. Some pats on the back on Twitter are much appreciated, but since that's not my goal, I don't get too upset when it doesn't happen. (I mean, do I whine about it sometimes? Sure! I'm only human!)

Ask yourself why social media popularity is important to you. It's fine to want attention and compliments; we all do! But know that online popularity isn't necessarily a ticket to riches and fame. And there are many art careers where it's not necessary at all.

So if you're struggling to find traction online: it doesn't mean that there's anything wrong with your art. Getting noticed might be a matter of luck and persistence, or it might be that your art just doesn't fit social media trends. The internet just likes certain things. The good news is that employers and publishers like other things, art galleries like other things, conventions and art fairs like other things. There's a place for your art. It may take some time and research to find it, but I believe that it's out there.

Don't let the silence on social media grind you down.