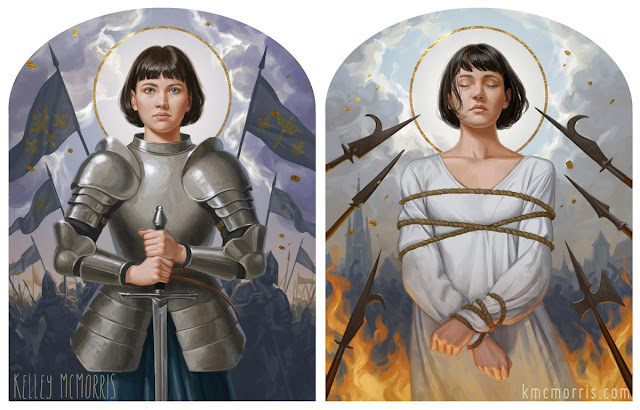 If there's one thing I like, it's cool warrior women, historical or otherwise. I've always wanted to draw Joan of Arc, and I have several unfinished drawings of her that go back years. I was never able to finish them because I felt they were cliché and uninspired. What I could bring to Joan of Arc imagery that hadn't been done before?

Recently I purchased some of Howard Lyon's reference packs, just because they looked cool, and found this gem of a reference photo: 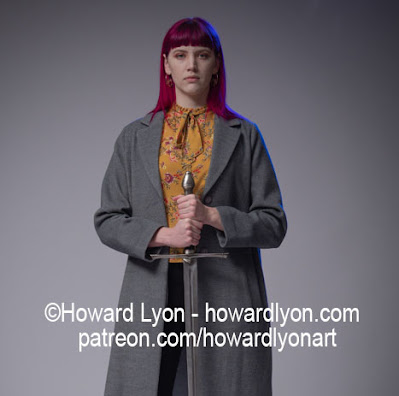 That's a good Joan, I thought. Although I didn't know exactly where I was going with this, the ideas started coming as I drew. 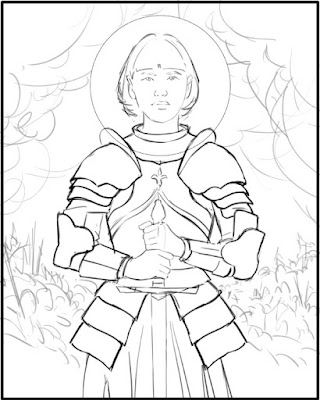 For the past few years I've been thinking a lot about the intersection of faith and politics, and how people sometimes change their religious beliefs depending on what's politically advantageous.

Joan of Arc didn't change what she believed or how she behaved. She simply was who she was. Whether she was being labeled a miracle, heretic or a martyr, all depended on who was in power at the time and what they needed to believe about her.

Finally I had a concept that felt meaningful to me. I developed the idea of a diptych titled Saint and Sinner. (Not to be confused with my favorite ice cream shop, Salt & Straw.) The compositions would contrast Joan's consistency and conviction with the changing environment around her. I found another photo in the reference pack of the model with her face slightly upturned, so now I had two photos of the same model. 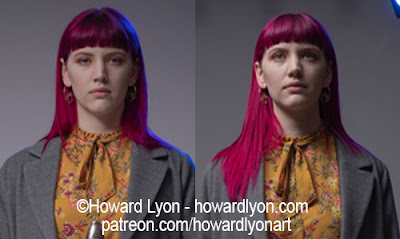 For the "Saint" picture, I collected pictures of suits of armor in similar lighting situations. (I didn't want to spend a ton of time digging into the particulars of historical armor, but the very brief research I did indicated that Joan's armor should be simple.)

For the "Sinner" picture, I took my own reference photos for the body and hands, using a lamp on the floor and a jump rope. 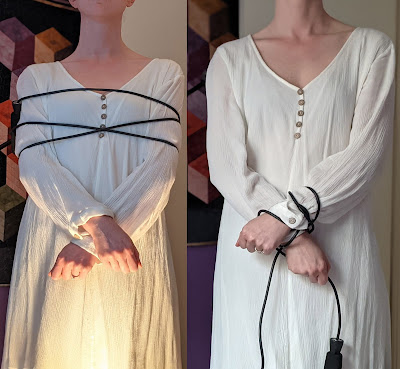 With all these reference photos assembled, I started putting the drawings together. 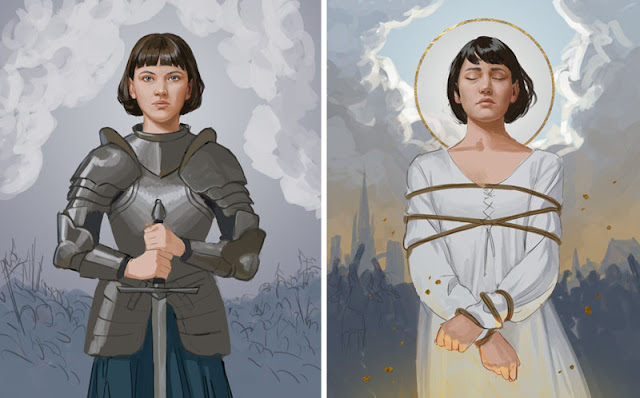 While I was excited about this direction, and excited to be producing my first personal pieces since January (yikes), I still felt like something was missing. I sent the WIPs to my friend Anna Inkyung Lee, a concept artist. She was the one who suggested adding the directional elements in the form of flags and halberds, which greatly strengthened the compositions. Thank you, Anna! 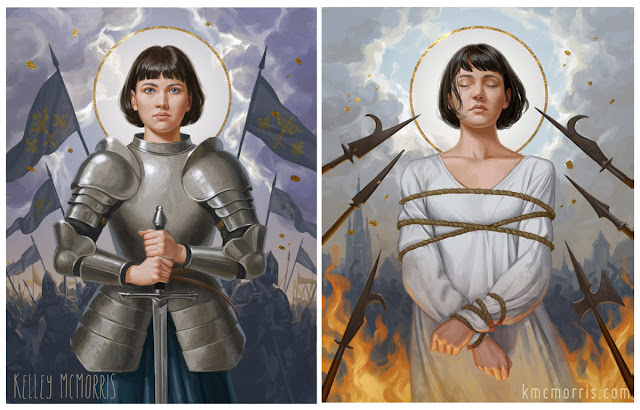 Having good reference photos can make a drawing so much easier. I highly recommend Howard Lyon's reference packs on Gumroad. They're absolutely worth the money. 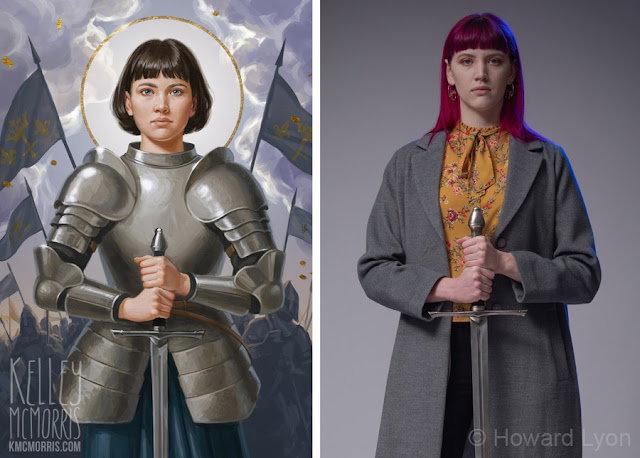 If you've never read about Joan of Arc, I'd recommend checking her out, even if it's just going through her Wikipedia page for a while. For example, did you know that you can read the complete transcripts of her trial? And that she was executed for heresy and for wearing men's clothing?

The world is full of people who say one thing, yet do another. Joan was consistent in her conviction, to the very end. That's why we remember her, while the men who prosecuted her, assaulted her, or turned a blind eye to her situation, are footnotes in history.
Anyway this is veering dangerously close to an artist statement, and I'm scared of those, so bye.
bye